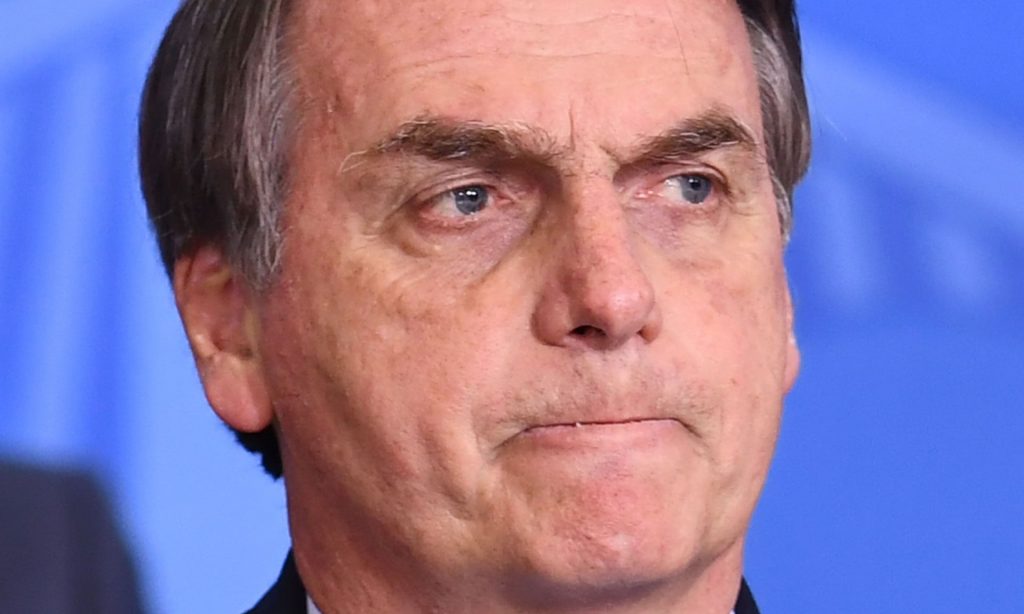 The US clothing company VF Corporation, which is behind brands including Timberland, Kipling bags and The North Face, has suspended Brazilian leather purchases, and Norway’s two biggest investors have warned global companies against contributing to environmental damage.

Fitch Solutions Macro Research, formerly BMI Research, issued two reports warning of “increased scrutiny” and “economic risks” after the fires, which numbered 29,000 in the Amazon biome in August, the most since 2010.

Fitch said: “We believe that international concern over deforestation in the Brazilian Amazon basin will create headwinds to export demand and investment inflows.”.

VF Corporation said less than 5% of the leather it used to manufacture goods was sourced from Brazil. But the symbolism of the decision by such high-profile brands was not lost on market specialists.

“The disaster has already been done to the environmental image,” said Fabio Silveira, a director and partner at Macrosector, a São Paulo financial consulting outfit. That means that the cost lenders put on Brazil’s environmental risk, previously regarded as close to zero, just went up.”

He added: “Brazilian companies and the Brazilian government lose. Nobody can deny international banks put a cost on environmental risk.”

The emerging market debt team at Scandinavia’s Nordea Asset Management quarantined Brazilian government bonds, meaning they would no longer buy but only sell. It said: “President Jair Bolsonaro is expected to weaken environmental protections to accommodate extractive activities, agribusiness expansion and development of large-scale infrastructure projects. We have come to conclude that these risks have materialised.” 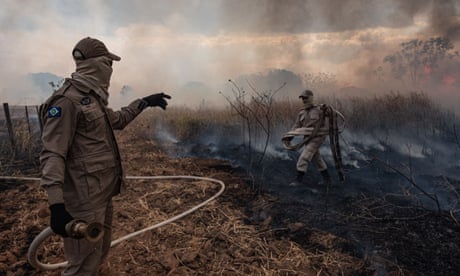 Thede Rüst, the head of Nordea’s emerging markets debt team, voiced concerns over an important trade deal agreed between the South American trade block Mercosur and the European Union that still needs to be ratified. The Irish prime minister, Leo Varadkar, and the French president, Emmanuel Macron – involved in a diplomatic brawl with Bolsonaro after leading a G7 plan to donate $20m to Brazil, which Bolsonaro rejected – have threatened to derail it.

“The link European politicians make between the Mercosur trade agreement to the fires is relevant – it also made us very cautious,” Rüst said.

The EU was Brazil’s second biggest export market last year after China, with 17% of the total value, according to Fitch Solutions and Trade Map. China took 27%, the US was third with 12% and the Middle East represented 6%.

Norway’s biggest investors, Storebrand ASA and the pension fund KLP, which according to Bloomberg manage about $170bn in assets between them, both began contacting companies to ensure they did not contribute to environmental damage after the fires.

Jeanett Bergan, KLP’s head of responsible investments, said: “If there is evidence that we are invested in companies that contribute to develop new deforested land or deforest areas … we will withdraw from investments.”

Such reactions, while far from the generalised “boycott Brazil” campaign some environmentalist activists have been calling for, are bad news for a country still struggling to recover from its worst recession in decades and battling 12% unemployment.

In a live broadcast on Facebook on Thursday night, Bolsonaro highlighted data released that day showing a better-than-expected 0.4% growth in Brazil’s GDP in the second quarter of this year. He also pointed to a trade deal Mercosur had agreed with EFTA, the European free trade group formed by Switzerland, Norway, Iceland and Liechtenstein. And he made it clear he had no plans to change tack on the Amazon.

Bolsonaro has trumpeted the public support he has received from Donald Trump. His congressman son, Eduardo Bolsonaro, and the foreign minister, Ernesto Araújo, were due to meet the US president on Friday.

Fabio Alperowitch, the founder and portfolio manager at the São Paulo brokers Fama Investimentos, said Bolsonaro’s words and actions suggested the government “will not change direction”. Alperowitch’s firm does not invest in companies doing business in the Amazon, but 80% of his clients are foreign institutions and pension funds and he said many had been in touch to express concerns.

Brazilian financial specialists raised concerns about what might come next. “More and more investors look beyond quarterly results and concern themselves with how sustainably companies operate,” said Mauro Cunha, the president of the Brazilian Association of Capital Market Investors. “A negative perception of Brazil in this area could even prompt big international funds to disinvest, impacting on the price of Brazilian assets.”[/vc_column_text][vc_column_text]Para leer el texto original: https://www.theguardian.com/world/2019/aug/30/corporations-pile-pressure-on-brazil-over-amazon-fires-crisis?utm_term=RWRpdG9yaWFsX0dyZWVuTGlnaHQtMTkwOTA2&utm_source=esp&utm_medium=Email&utm_campaign=GreenLight&CMP=greenlight_email[/vc_column_text][/vc_column][/vc_row]